Nor-Cal Fighting Alliance brings only the highest level of coaching in Northern California. 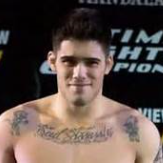 David Terrell has established his spot in the Brazilian jiu jitsu world. He started wrestling at a young age which brought him to jiu jitsu around age 19. He was awarded a black belt under Cesar Gracie being Cesar Gracie's first blackbelt. He is widely regarded as one of the top grappling competitors of his generation, having medalled at the ADCC tournament and with wins over renowed competitors such as Fernando "Margarida" and Dean Lister. and also known for never having had a point scored against him in a grappling match. Being a no-gi jiu jitsu specialist, Terrell transistioned to mixed martial arts (MMA) early in his career reaching UFC Title contention. After his competitive stint Terrell focused and still focuses on his coaching career, becoming on of the top grappling and MMA instructors in Northern California, through his own endeavor, the Nor-Cal Fighting Alliance. Today David Terrell Teaches no-gi Jiu jitsu 6 days a week at his gym. kids and adults get the quality training everyday from him.